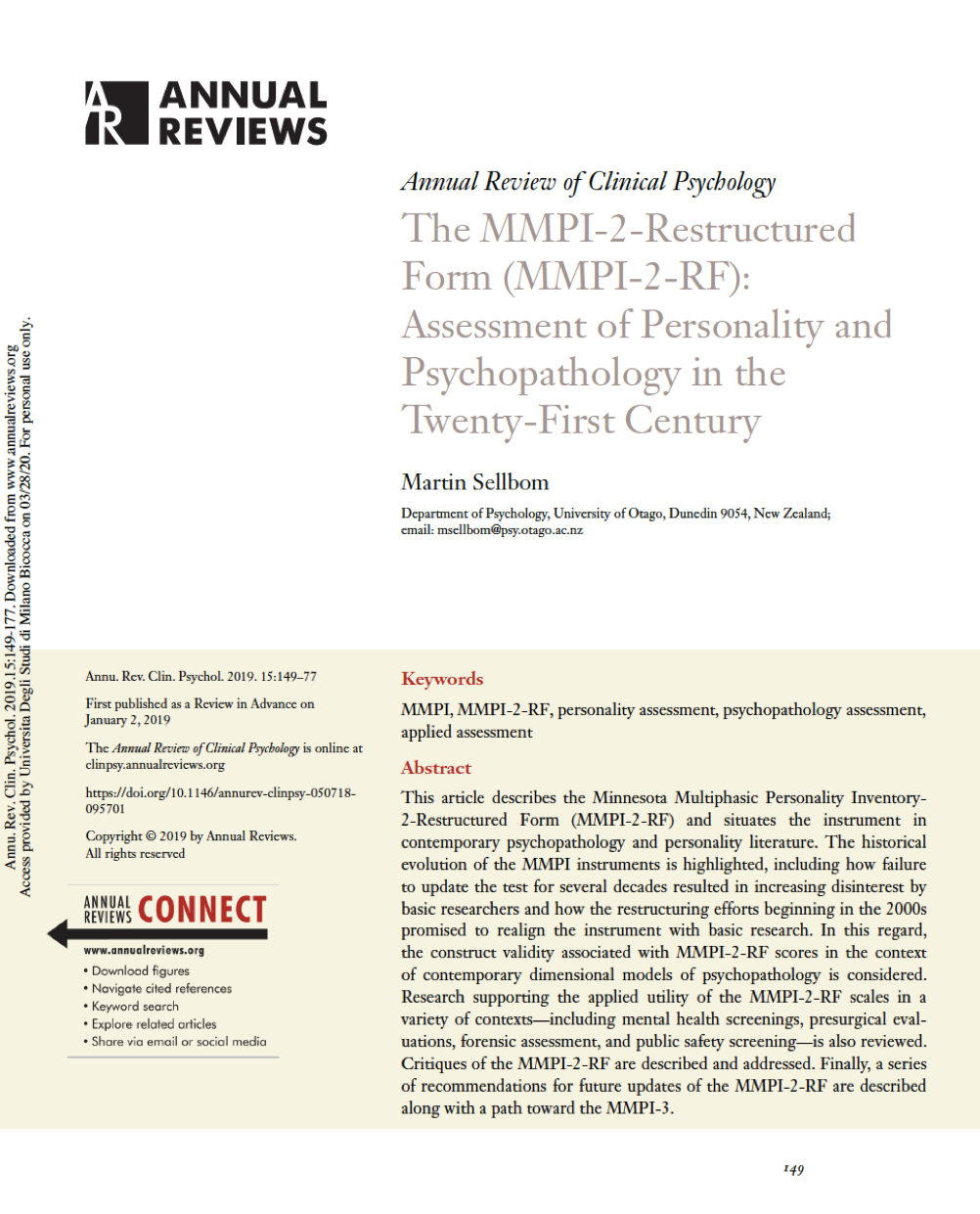 This article describes the Minnesota Multiphasic Personality Inventory- 2-Restructured Form (MMPI-2-RF) and situates the instrument in contemporary psychopathology and personality literature. The historical evolution of the MMPI instruments is high lighted, including how failure  to update the test for several decades resulted in increasing disinterest by basic researchers and how the restructuring efforts beginning in the 2000s promised to realign the instrument with basic research. In this regard,  the construct validity associated with MMPI-2-RF scores in the context  of contemporary dimensional models of psychopathology is considered. Research supporting the applied utility of the MMPI-2-RF scales in a variety of contexts—including mental health screenings, pre surgical evaluations, forensic assessment, and public safety screening—is also reviewed. Critiques of the MMPI-2-RF are described and addressed. Finally, a series of recommendations for future updates of the MMPI-2-RF are described along with a path toward theMMPI-3.